Is Israel Education controversial? Yom Rabin and beyond 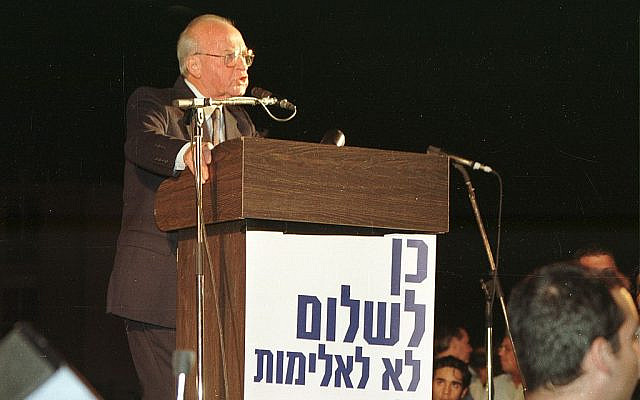 More than at any other election, I’ve been thinking about the late Yitzhak Rabin. Many have been saying that Israel “failed to learn the lesson of Rabin’s assassination.” But I wonder if we ever taught it.

Some twenty years ago I went on a tour of different schools in Israel. Shas Sephardi Ultra-Orthodox schools, Ashkenazi Ultra-Orthodox schools, Secular National schools, Experimental Democratic schools, National Religious schools, Dialogical schools… All types of learning for all types of parents. At each school I would ask the same one question. “How do you mark Yom Rabin?” The way the school principal answered this question would tell me everything I needed to know about the school’s ideology, educational philosophy, and professionalism.

Some would talk proudly of marking “Rabin’s legacy,” in particular the Oslo Accords and the drive for a two-state solution. Others talked of the schism brought about by the way religious Jews felt they were blamed for his assassination. One principal even reacted to my question by firing back indignantly, “Well I didn’t murder him.” Others worked at avoidance. I have since heard of schools that dedicate the day to learning about “stigma and stereotyping,” some now focus on “pluralism,” and other Orthodox religious schools that have taken to marking the birthday of Rachel the Matriarch instead.

My suggestion would be that all these issues are now “maximally controversial” in most Jewish milieux. (Even in writing this short list, I find myself treading carefully. It might be that Zimmerman and Robertson could add a fifth criterion: If there is an argument about how you define a topic, it’s probably pretty controversial!)

All these above topics are the source of disagreement, are met with high emotions, and are of public concern — both to Israelis and to the learners.

In some places topics that once were not controversial, that were not the subject of a disagreement, have become so. Think of The Balfour Declaration, Waves of Aliya, The Six Day War. These were once topics to be taught with no need for debate, as they were simply pieces of inspiring information. No argument required. Yet now in some areas of the Jewish world (and certainly beyond the Jewish world), even these topics have become maximally controversial. For many learners and their parents, the Balfour Declaration must also be assessed through the lens of imperialism. The Waves of Aliya might, for some, also smack of colonialism, and who attacked whom first in the Six Day War?

Now in the light of the latest election results, the maximally controversial will expand far beyond expectation.

What is to be done? Since so much might be classified as maximally controversial, avoidance is no longer an option: There’d be nothing left to teach. But on the other hand, why would a teacher or an institution be drawn to teaching controversies day in, day out?

We might begin to find our inspiration from Zimmerman and Robertson’s second criterion: “Fairly knowledgeable, reasonable people can rightly disagree about which position is correct or best.”

Looking at this sentence again, we can see how even in the five years since the book’s publication, the world has shifted dramatically. What does it mean to be fairly knowledgeable and reasonable these days? Perhaps in social media such people are hard to come by, but there’s no doubt a “fairly knowledgeable and reasonable” person is exactly the kind of person we should be cultivating in our classrooms.‍

Zimmerman and Robertson are insisting that disagreement can be the morally or intellectually “right” thing to do. People on both sides of the argument can be assumed to be right and reasonable. A twitter spat might well thrive on disrespectful disagreement, but it is in our classrooms that we should be cultivating the argument that does not dismiss the opponent as an idiot or a devil.

Finally, we might look to translate this second criterion into education-speak. When “fairly knowledgeable, reasonable people can rightly disagree about which position is correct or best,” they are probably addressing what the proponents of Understanding by Design might call “an essential question.” As McTighe and Wiggins explain, two of the key characteristics of essential questions are that they are “open-ended and don’t have a single, final, and correct answer… thought-provoking and intellectually engaging. They also promote discussion and debate.” 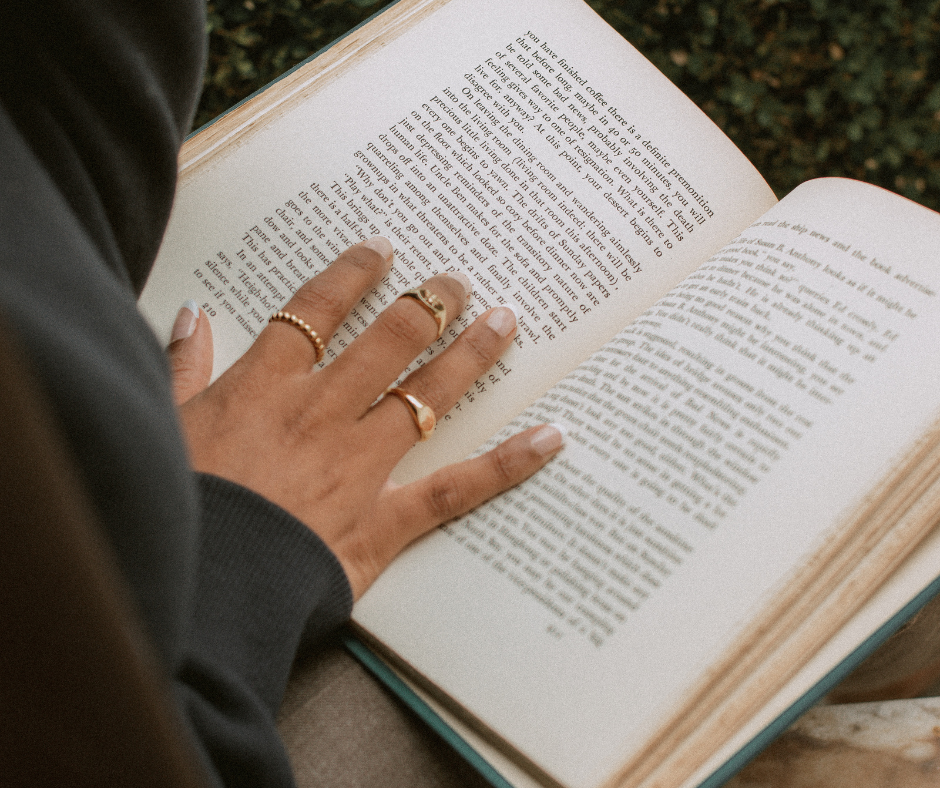 Introducing a new series of blog posts in which we share what we've been reading as we develop a pedagogy of argument. Our first installment focuses on "Conflicted: How Productive Disagreements Lead to Better Outcomes" by Ian Leslie.

Introducing a new series of blog posts in which we share what we've been reading as we develop a pedagogy of argument. Our first installment focuses on "Conflicted: How Productive Disagreements Lead to Better Outcomes" by Ian Leslie. 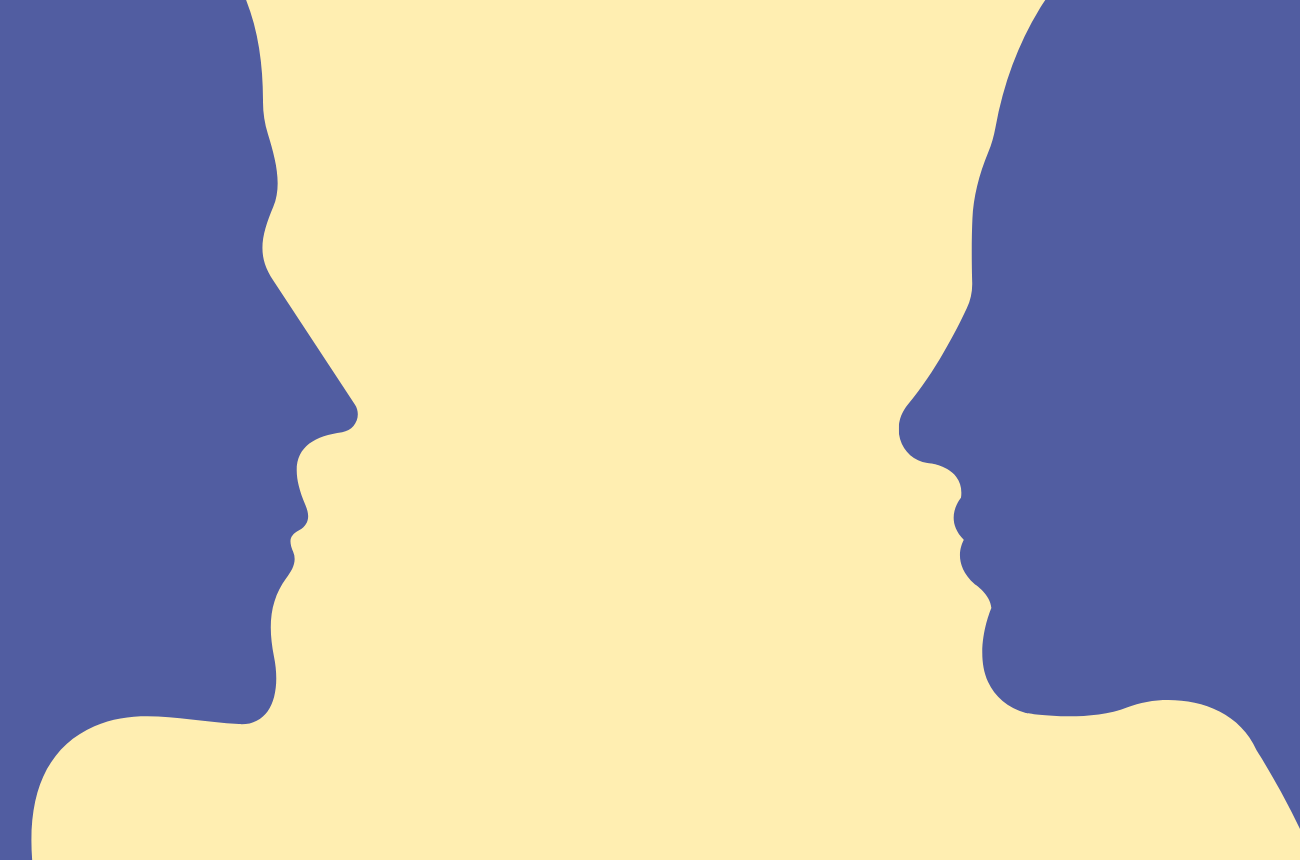 In light of deep societal divisions, Abi explores the sacralization of our values and the significance of making space for other ideas and beliefs.

In light of deep societal divisions, Abi explores the sacralization of our values and the significance of making space for other ideas and beliefs. 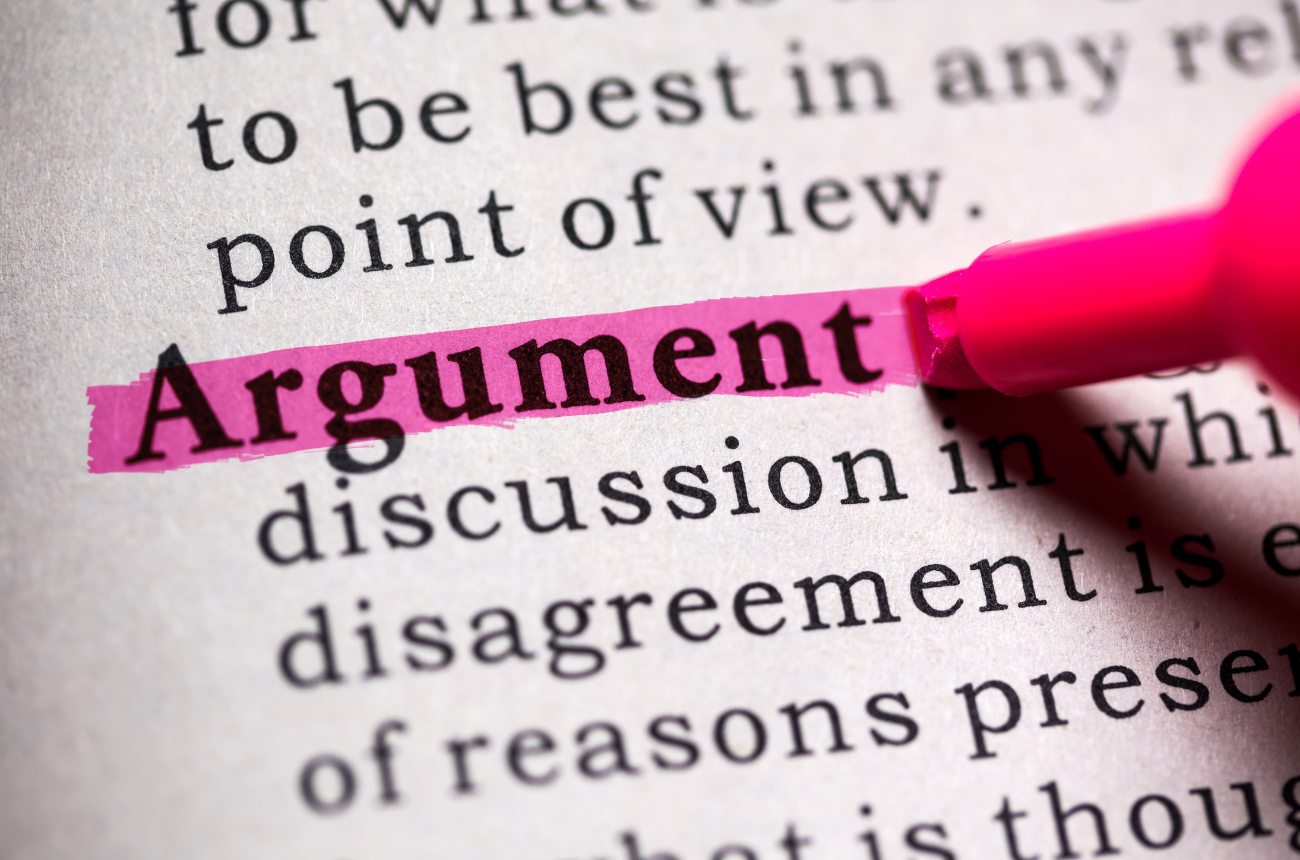 What might it mean when participants in our argument circles remain calm and collected, and when disagreements prompted by our stories are terribly civil? Robbie ponders three possible explanations.

What might it mean when participants in our argument circles remain calm and collected, and when disagreements prompted by our stories are terribly civil? Robbie ponders three possible explanations.

THOUGHTS for the sake of argument

A monthly newsletter featuring our latest research, reflections, and resources.

Thank you! Your submission has been received!
Oops! Something went wrong while submitting the form.